Julian King | An emerging singer/songwriter/musician that is breaking into the music industry with all the momentum and definitiveness of a well oiled machine, King is an alum of the acclaimed Philadelphia High School for Creative and Performing Arts, sharing a similar foundation with such notable greats as Quest Love of The Roots, R&B singer Jazmine Sullivan, and the legendary quartet Boyz II Men.

King went on to attend the University of the Arts where he graduated with a degree in Vocal Performance. Like many other musical greats, King grew up in church; it was there that he cultivated his love for music and the arts. A triple-threat, with virtuoso vocals, attention grabbing dance moves, as well as skillful musicianship on piano and bass guitar, there is no denying that Julian King is a multi-talented artist.

During his time at the University, King joined Grammy U (a community of college students who are pursuing careers in the recording industry) and the Recording Academy’s Philadelphia Chapter where he was able to network and rub elbows with some of the music industry’s movers and shakers. Now under the direction of Twenty20 Entertainment and Mama’s Boys Entertainment Group, Julian King is on a fast trajectory to be the next world-class entertainer from Philadelphia, already headlining a series of sold out shows and garnering critical praise for his debut EP Sing For You. 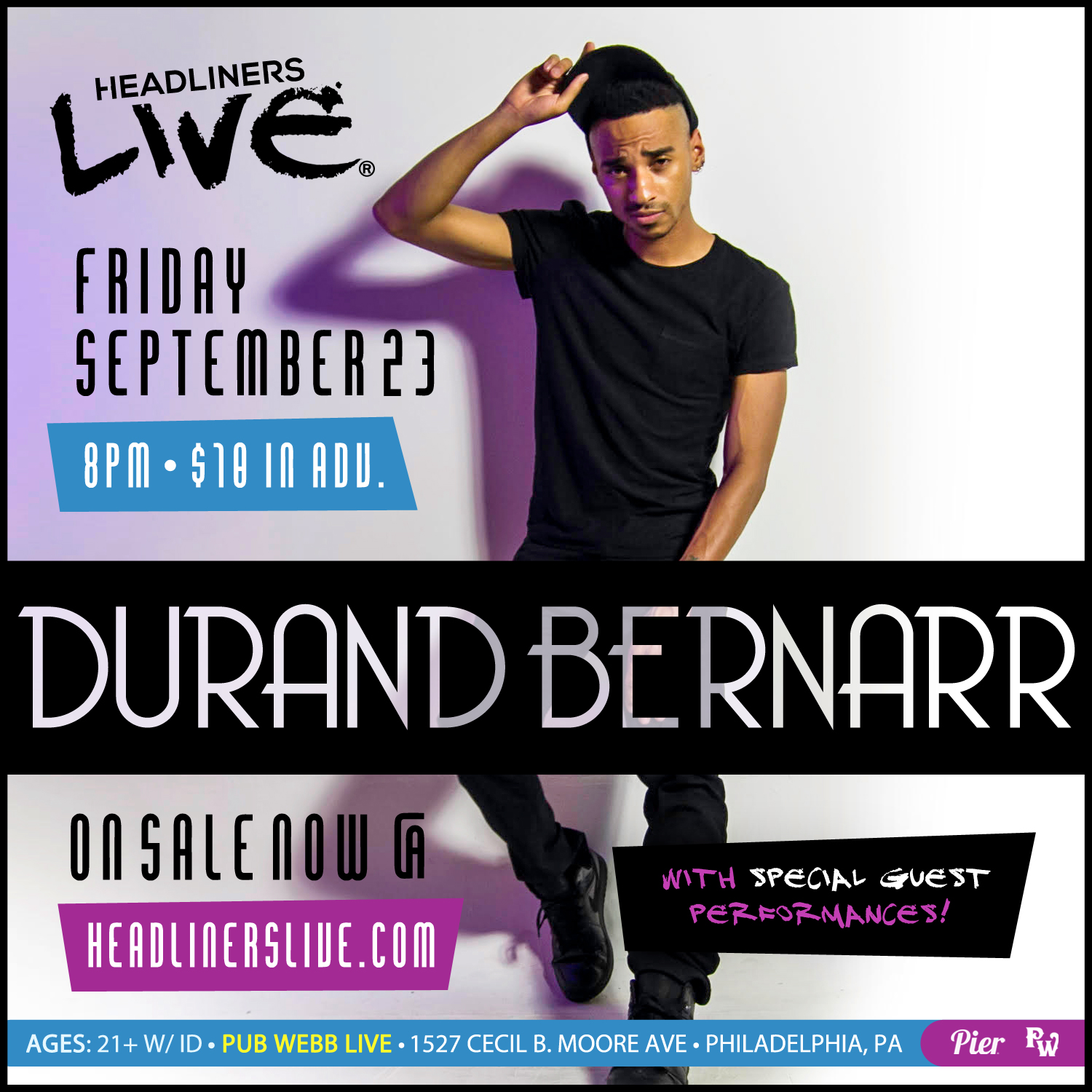 Durand Bernarr | With a dynamic, one-of-a-kind range and an impressive stage presence, singer/songwriter/vogue champion Durand Bernarr has been on a mission to not only share his distinctive sound worldwide, but to ensure that fans leave his shows and album experiences with an unforgettable array of audio visual jewels.

From his debut “AlcoholHarmony: The MixT@pe” to his most recent release “#BlameItOnTheMango”, Bernarr’s listeners encounter a unique and eclectic sonic landscape smothered in his signature syrupy alternative soul. Through his powerhouse vocals and salient whistle tones, Bernarr’s talent is already garnering comparisons to legends like Maxwell and Minnie Riperton. It is no wonder he has been dubbed one of the music industry’s best-kept secrets.

Raised by a vocal coach mother and a father boasting high-profile tour production credits for greats like Jill Scott, Adele, and the late Whitney Houston, Bernarr has watched and learned directly from a long list of mega stars—most notably, through a long stint touring with neo-soul goddess Erykah Badu as part of her band, Neda Stella, with whom Bernarr continues to wow countless audiences nationwide today. 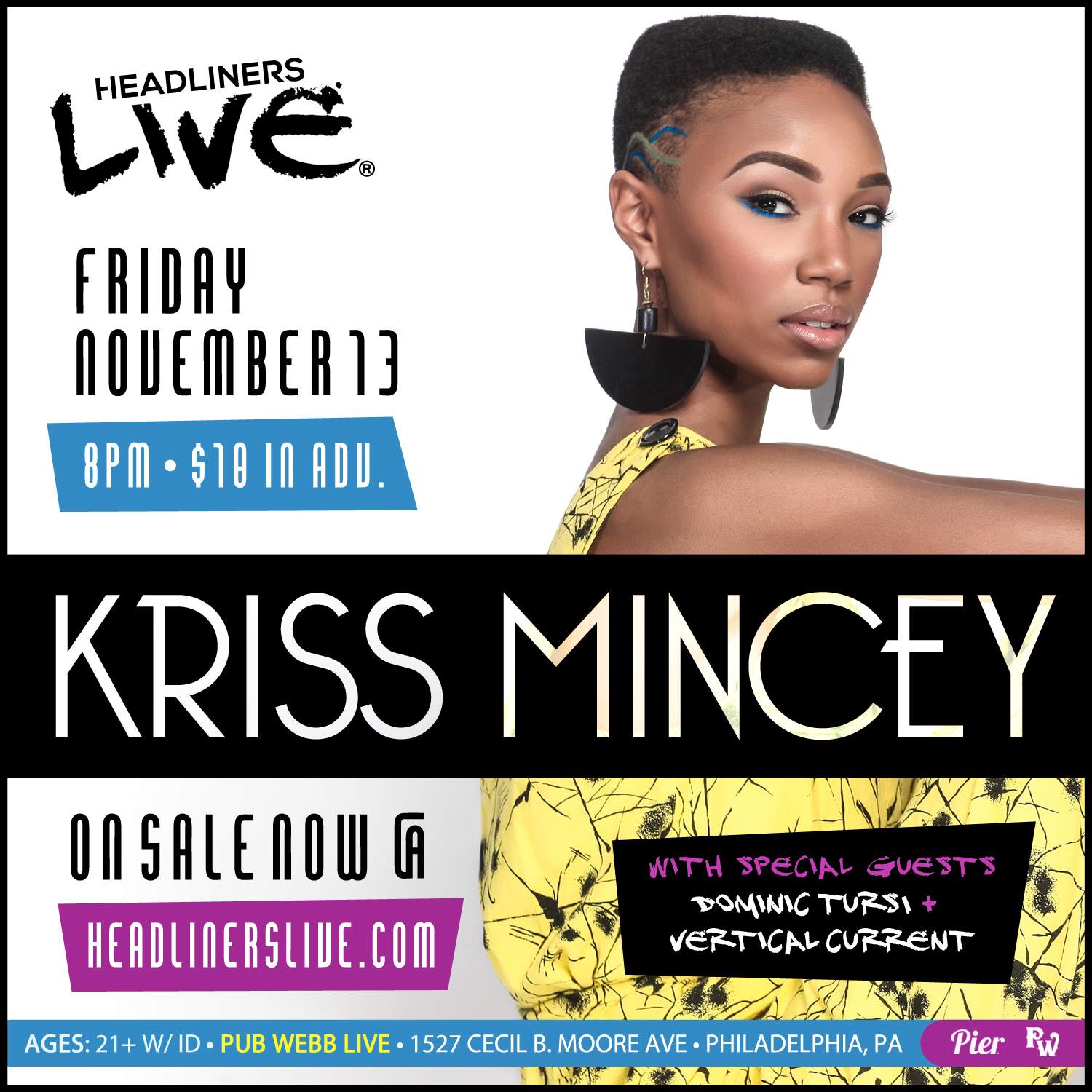 Dubbed “the new voice of Philly jazz” by The Philadelphia Inquirer, the American Idol Season 12 alum performed over 80 headlining shows in 2015, including headlining Forbes magazine’s renowned Under 30 Summit kickoff at Kimmel Center, drawing several sellout crowds in the process. With her signature whistle register, majestic stage performance and expertly crafted original songs, Kriss Mincey has made an indelible mark on fans with her blend of youthful soul, hip-hop and classic standards.

She has shared concert and festival stages with music stars such as Questlove, Eric Roberson, Big Sean, 2Chainz and more, making appearances at Wawa Welcome America, Wired 93.5 Live In Studio, and Good Morning Baltimore. In addition, Kriss Mincey is the founder of the innovative social platform The Rise of the Artrepreneur™, which recently held its 2nd annual UNLEASH THE BEAST Art Series, a 3-part panel, workshop and showcase drawing renowned millennial talent in music, fashion, tech, art and culture.